See when Saltstraumen is on it’s strongest

Only 33 km outside Bodø city center, you can experience the spectacular natural phenomenon that has thrilled so many

The maelstroms are created when the tide turns and flows in and out of the strait between the two fjords Saltenfjorden and Skjerstadfjorden. Every six hours, 400 million cubic meters of water will cross the 3km long and 150m wide strait at a speed of up to 20 knots. This creates enormous forces in the form of whirlpools that can be up to 10 m in diameter and 4-5 m deep.

Visit Saltstraumen when the current is at its strongest and admire the enormous forces of Mother Earth. The time of when this is varies from day to day. We recommend that you check the Saltstraumen time table to see which times apply on the exact day you are visiting. 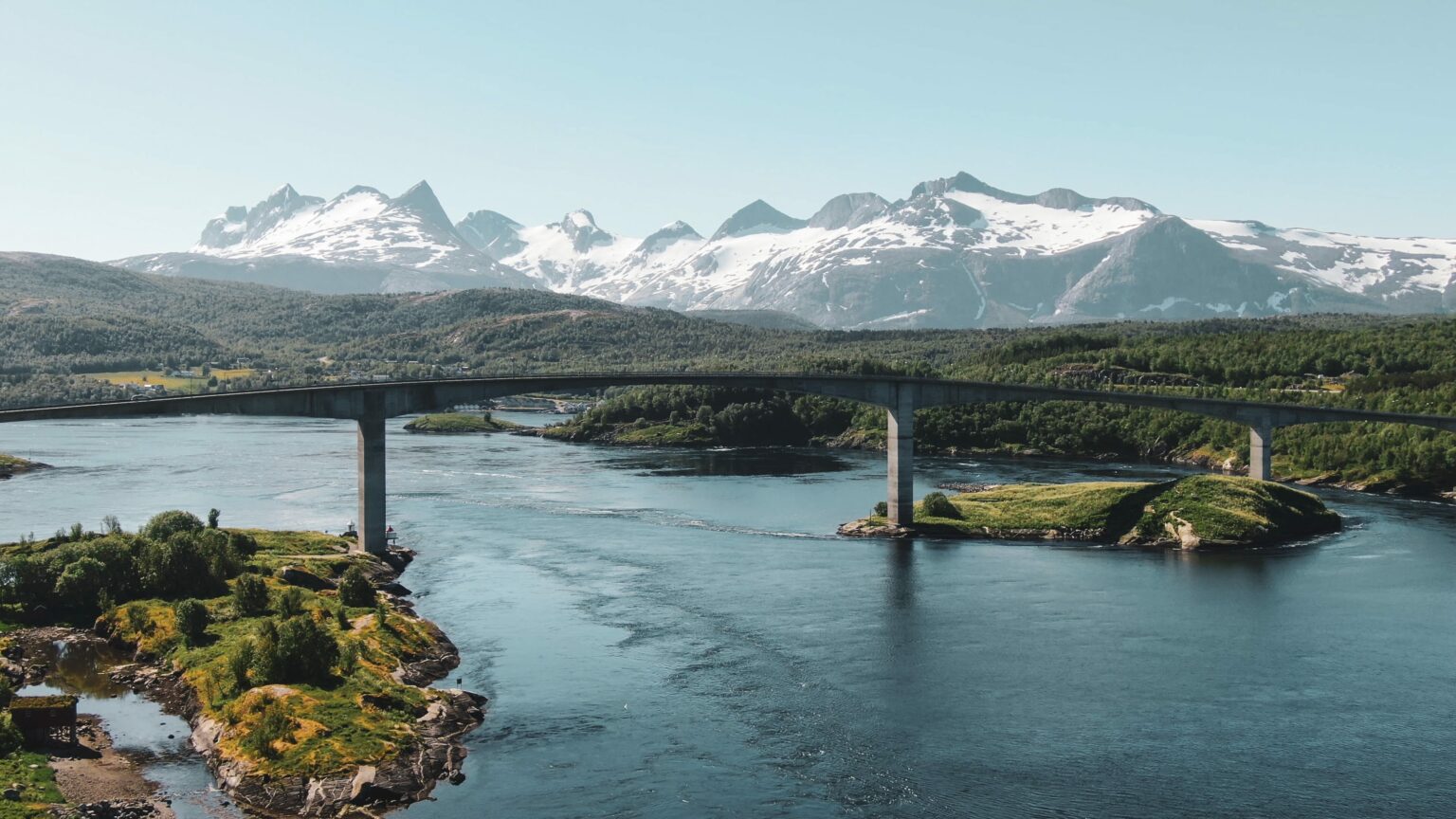 Saltstraumen can be experienced in many ways. Join RIB-rafting in the current, dive underwater, observe it from land or learn more about the phenomenon and the history of the place at Magic Saltstraumen experience center or the museum nearby.

Saltstraumen – The Hourglass of The Universe

In Saltstraumen you get everything from traditional Northern Norwegian fish dishes to food prepared in the authentic Stone Age style.

Find a place to stay in Saltstraumen here

How to get to Saltstraumen?

There are several ways to both experience and travel to Saltstraumen, whether you go on your own or as part of a guided tour.

RIB-boat from Bodø
If you want to experience Saltstraumen in RIB, there are trips starting in Bodø city center. You can book a RIB trip with both Explore Salten and Stella Polaris.

Bus
Both bus no. 200 and bus no. 300 run between Bodø center and Saltstraumen several times a day. Travel time by bus is approx. 40 minutes each way. Plan your trip on reisnordland.no or in the Travel Nordland app. Tickets for the bus can be purchased in the app Billett Nordland or with a credit card on the bus. More information about bus tickets can be found HERE.

Taxi
Bodø Taxi offers sightseeing tour round trips to Saltstraumen including 30 minutes on the attraction. Fixed price is NOK 1700, – for a normal car with room for four passengers.

Taxis can be ordered on the Taxifix app, at bodotaxi.no or on the phone: 07550

Car
If you drive your own car to Saltstraumen, follow the Rv80 out of Bodø center and take the road Fv17 towards Saltstraumen. Driving directions can be found HERE. Remember to check the Saltstraumen time table so that you can plan your trip based on when Saltstraumen is at its strongest.

Do you need a rental car?

Marine conservation area and an eldorado for fishermen and scuba divers

Saltstraumen is known for its fantastic underwater life. Here are rich deposits of cod, pollock, halibut, anglerfish and catfish. The world’s largest pollock is caught on a fishing rod in the current, and in the area you will also find the world’s largest population of sea eagles that feed on the fish here. Because of the rich biological diversity that the tidal current brings, people have established themselves in Saltstraumen since the Stone Age. In the area you will find one of Norway’s oldest documented settlements that is 11,000 years old.

In addition to large amounts of fish, you will also find lots of shells, crustaceans, sea anemones, coral reefs and much more. On the mountain sides under water are, among other things, the species sea shrubs, sea trees, Alcyonium digitatum (or dead man’s fingers), breadcrumb sponge and sea lilies, which filter the nutrient-rich masses of water. Two reefs with rock corals have been found outside the threshold, and scuba divers have found horn corals just inside the threshold. For scuba divers it is a fantastic world, but diving in this maelstrom is not for beginners.

Orient yourself in Saltstraumen

Thank you for your feedback!

Thank you for your feedback!

We are reading all feedback, but unfortunately we can not respond.